Beter Bed is a full-service formula of bedroom furniture showrooms operating in the middle end of the market and providing excellent value for money. Consumers order items in the store or on the website, after which they are delivered to their home and assembled there. The stores are located in the Benelux, preferably at ‘furniture boulevards’ or in the vicinity of other home furnishing stores. 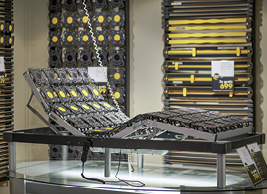 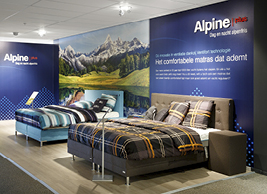 Beter Bed’s revenue increased by 2.1% in 2014 to € 91.3 million. This rise is due to growing consumer confidence, the recovering housing market and the successful remodelling of the Beter Bed brand and stores. Following a number of pilots in 2014, all Beter Bed stores are now being remodelled. A total of 45 stores had the new look and feel at year-end 2014. The remaining stores will be remodelled in 2015. The operation must be finalised in mid-2015.