Matratzen Concord is a pan-European (primarily cash & carry) formula that serves the replacement market and specialises in the sale of primarily mattresses, bed bases and bed textiles to consumers. The chain operates 966 stores in three countries. The stores are located mainly near consumers at so-called C locations or in the vicinity of city centres. 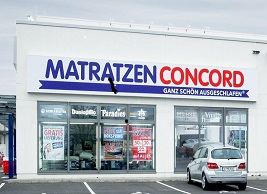 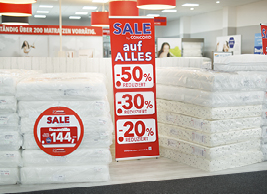 Revenue at comparable stores rose at Matratzen Concord by 5.1%, while total revenue increased by 4.5% in 2014. The rise that began in mid-2014 is primarily visible in Germany and Austria and has been achieved in part through targeted marketing campaigns in combination with a higher propensity to buy among consumers. An initial pilot of an updated version of the tried-and-tested Matratzen Concord concept was commenced in Germany in 2014. The key values of this concept will be retained, but will be adapted to a more modern approach.

A total of 38 stores were opened and 74 stores were closed in the year under review. Seven of the closures were due to location improvements. While online revenue rose sharply, the amount remains modest.